Our mission is to stimulate interest in science, technology, engineering and math (STEM) education among school-age children.

Our small contribution to the broader STEM effort is based on using NASA's Apollo project and much of its public-domain multimedia materials to interest students. The United States' race to the Moon was one of the greatest accomplishments of humanity. It brought together the best aspirations of STEM to accomplish a national-priority goal established by President John F. Kennedy in 1961. The best of our government agencies, our military services, our universities and our industries came together to make this goal a reality.

As a nation, we not only accomplished the immediate goal of landing humans on another body in space and return them safely to Earth, we also motivated generations of children to study STEM. Perhaps most importantly, we demonstrated to children everywhere that great things could be accomplished if you were bold enough to attempt the effort and prepare accordingly.

We are using the open-source documentary titled "MoonScape" to allow new generations of children to re-live history through a restored and enhance version of the originally-live video broadcast given to the world of our astronauts landing and walking on the Moon. Although greatly enhanced and expanded with additional materials, our video shows basically the same video that was broadcast around the world on July 20, 1969. According to Wikipedia, over 53 million households in the USA tuned in to watch this mission on TV, and over 530 million viewers worldwide watched the Moon landing. The Apollo 11 captured the attention of the whole world, particularly among children.

Re-live history. Watch the Moonwalk again or for the first time. 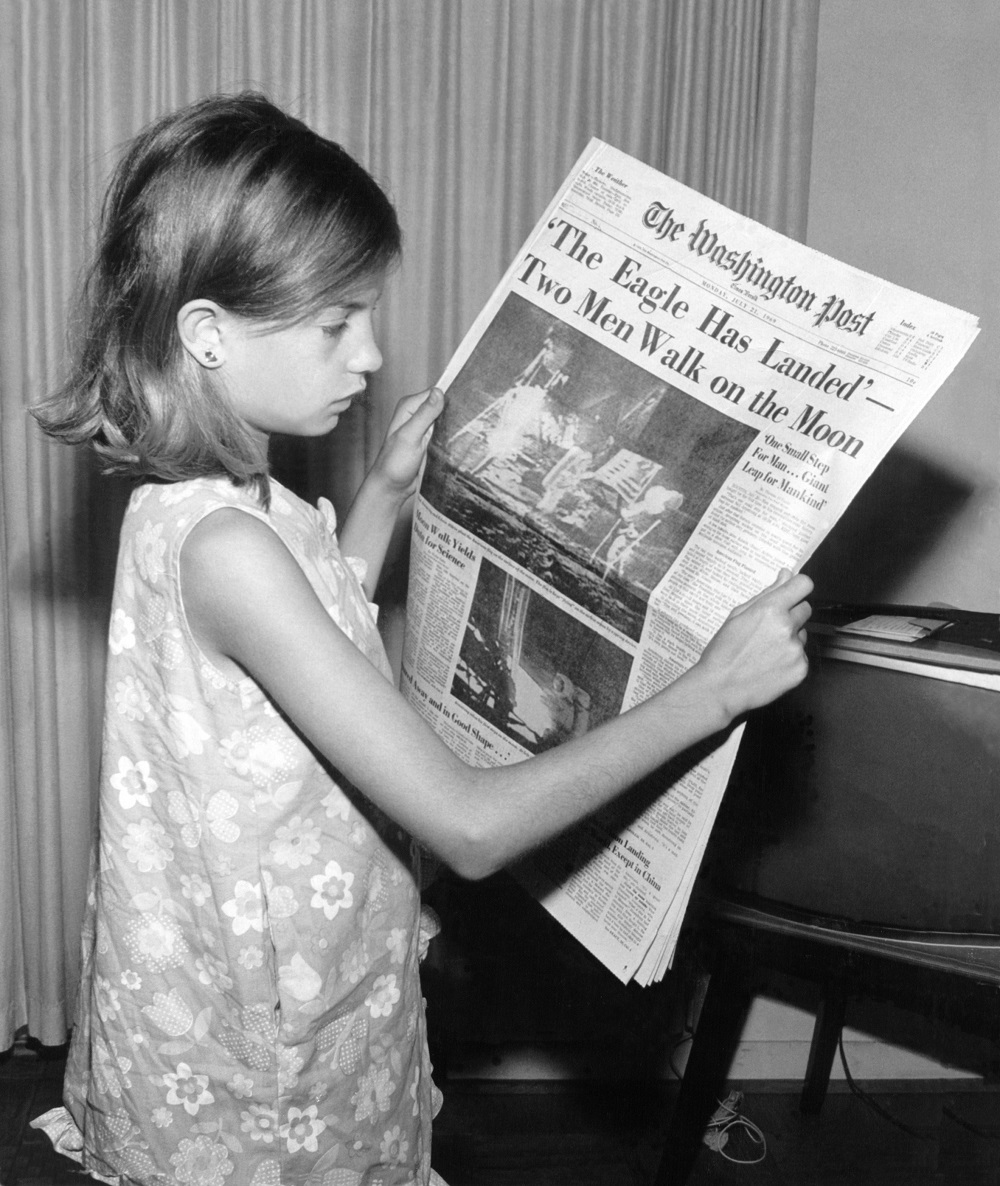 In addition to our "MoonScape" documentary featured as our prime featured content, the experience is further supported by a curated set of supplemental videos, explainer pages, photographs and documents. The extensive collection of supplemental material helps put Apollo 11 into its full context.

All of the material is provided FREE to students, educators or simply people from the general public interested in space flight.

Our materials are suitable for use by educators in classrooms. Also, individual students can have their own personal access to all of our materials from anywhere using just about any device and just about any type of broadband connection.